Thank you for joining us!

This post contains affiliate links, which means we can earn from qualifying purchases at Fanatics.com after clicking on our links. Basically, it means you’ll be supporting our blog by clicking our links and then making purchases without any additional cost to you.

We’re full into the NFL football season and the Baltimore Ravens are 7 (wins) and 2 (losses). Yes, this is a “Ravens Flock” household, with Meghan being the hardest of hardcore fans of the bunch. Admittedly, I don’t watch as much football as I used to, but the Ravens game is always on and I’m always watching. But, let’s not forget that I’m also the deep safety to protect against our kiddos that want some “mommy time” when the game is on. I snatch those footballs out of the air like Marcus Peters. I spot it coming a mile away and take it back to the house. Okay, so we’re already in our home when the game is on, but you get the point.

The Ravens are sitting atop the AFC North division and have the second-best record in their conference. This includes signature wins against the Patriots (8 – 1), Seahawks (8 – 2), and the division rival Steelers (5 – 4). It’s safe to say that this Ravens Flock has had a good time watching this season unfold. With that being said, I definitely think that this house needs to up their jersey game. Meghan is still wearing the Joe Flacco jersey that I gave to her a little over eight years ago. Quick story: I gave Meghan the jersey as an anniversary (while dating) gift. Then, while she was trying the jersey on, I pulled out the engagement ring and proposed on our second anniversary. I know Meghan loves the jersey, but it’s time for her to get something new.

Ravens Jersey and Fanatics for the Win

It’s safe to say that she loves Lamar Jackson, since he’s playing like the baddest man on the planet. Don’t worry, Meghan will say he IS the baddest man on the planet. So, it’s also safe to say she wants to snag a new jersey before the end of the season. I’m thinking Christmas gift, and it’s okay if Meghan knows, because we’re penny pinching and buying gifts is kind of a team effort. This way we know that we’re getting something we want.

For all you Ravens fans out there, we’ll be definitely ordering her new jersey from Fanatics.com. There always seem to be amazing deals and it helps that they’re an official partner with the NFL, as well as MLB, NBA, NHL, and so on. We’re really excited about getting a jersey from Fanatics in the future, because they have an enormous selection and have a rewards program. Hey, if we have a chance to save money on future orders, we’re going to take advantage of it. That’s why we’re also huge fans of Kohls.

Fanatics also has an amazing “Jersey Assurance” program? If you buy a jersey, they’ll give you a new one if your player is traded. How cool is that?! Here’s what they say: “In most cases, your jersey is covered under Jersey Assurance for 90 days following your purchase from us.” They have an entire page dedicated to answering questions, so check it out for all of its information, including “if you placed your order using your valid FanCash Rewards Card you are covered for one-hundred and eighty (180) days after your Covered Jersey was purchased.” Knowing about this jersey protection going into a purchase really does make it easier to come back again and again.

What Ravens Jersey Would You Pick?

So, Meghan wants a Lamar Jackson jersey. But, shouldn’t me and the kids have a jersey too? I’m not saying we’ll get one all at the same time (because, you know, money), but I want to be ready to take advantage of a good deal when I see one. For all of you Ravens fans out there, who would you pick as your choice to get a brand new jersey?

The list can go on and on, but we’d love to know who you would pick for a new jersey. Share your thoughts with us! If you do BUY a jersey from Fanatics, tag us online with a picture and we’ll share it with our followers too.

If I had to make a pick, I would have to go with Matthew Judon. Besides being an absolute nightmare for quarterbacks, he had possibly the greatest intro when playing the Patriots this season.

Okay, if Taco Bell hasn’t hired him as a spokesman yet, can we get him for the Winey Parent. We’ll be glad to figure out some kind of Taco Bell payment each week. Seriously, who has had a better intro than that?

I don’t think anyone will change Meghan’s mind about wanting to get a Lamar Jackson jersey. I love the idea of having a Judon jersey, because I’ll have a built-in excuse for my “dad bod.” But, who from the Ravens should we get for the kids? Plus, it’s safe to say we’re going with all purple when we do pick out jerseys.

Are You a Ravens Fan or Nevermore?

In the meantime, don’t forget to keep tabs on our Facebook page as we’ll announce special deals from Fanatics. With the holidays approaching, stores are usually always throwing out incredible deals and we don’t want you to miss out. If you’re not a Ravens fan, there are options for every team in the NFL. Or you can dive into whatever sports arena you love and search there too.

Okay, Ravens Flock, we’re getting ready for this next week’s game. Don’t forget to tell us who you want to pick for your next jersey or tell us who you already have. We’d love to hear from you!

P. S. Did you see that wicked spin move from Lamar Jackson against the Bengals? WOW! 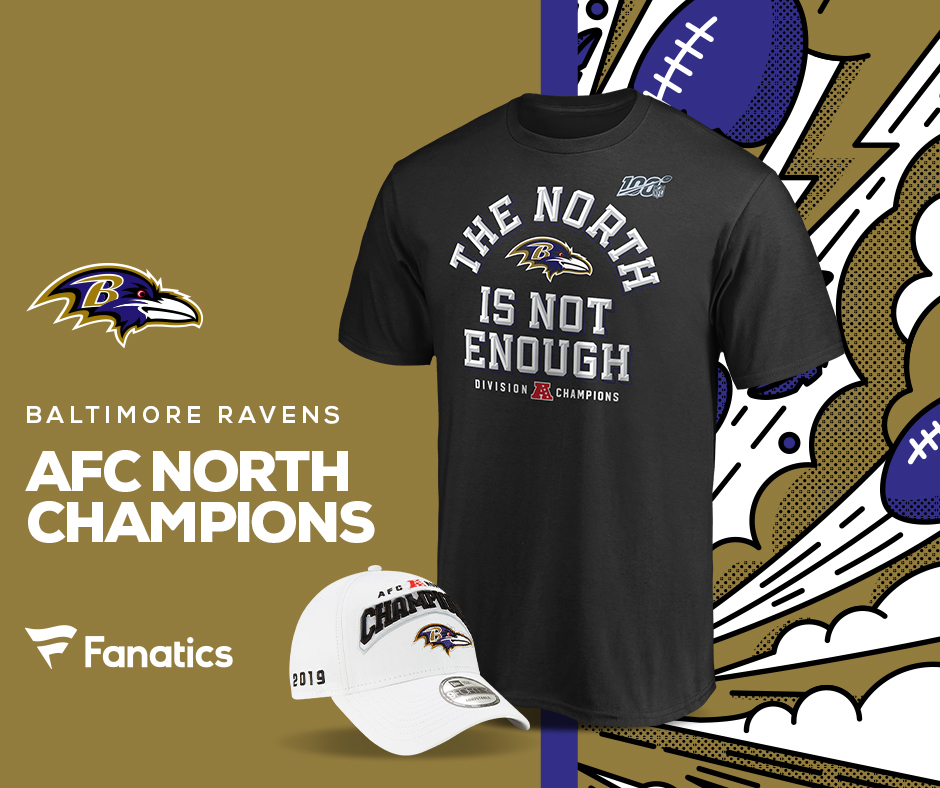 We are big fans of our Fire TV Stick, because it brings a big sense of relief to us as parents. Our kids have the freedom to use an easy device, while parental controls let us know they can't accidentally watch something too mature.

TV is for the Birds: Ravens Forever More

We’re not always proud of our decision to let the kids watch TV, so we can watch something we want to watch, but it happens. Every Sunday is dedicated to the Ravens, so the kids have their own time dedicated to whatever show they want to watch.

Find Great Gift Ideas for Your Friends and Family

Meghan and I have put together a list of gift ideas for you. Some are games or products we love, and others are ones we have on our own wish lists. Find your perfect gift for your family and friends.

Gifts and More Gifts for Your Kids

Our kids either love the items on this list or they have it on their list to us for Christmas.

Blog Update for the Winey Parent

Ugh! How to Avoid LICE from Dreaded Outbreak at School!

One of us is usually smiling and we're always trying to make our kids laugh. When they smile, it definitely makes everything that much better. Their laughter is what we live for. And wine.

Previously On WP: Some Top Posts